Students abuse the prescription ADHD medications Adderall and Ritalin because they say the stimulants help them study better and therefore get better grades.

Most Parents Unaware Their Teens Are Using ‘Study Drugs’

The results from a recent poll have indicated that most parents of teens who abuse “study drugs” like Adderall are unaware of the problem, with the significant majority believing that their kids have never abused prescription stimulants. The findings show that the proportion of parents who know their teen has used a prescription medicine like Ritalin or Adderall non-medically is considerably smaller than the rates of abuse from other studies of the same age group. The research serves as a vital wake-up call for parents across the country, and underlines the importance of watching for the signs and symptoms of abuse.

‘Study Drug’ Fad Not Likely to Fade Into the Sunset

Doctors began ramping up their prescriptions for Methylphenidate (Ritalin) about 20 years ago. As more kids were diagnosed with attention deficit disorder or hyperactivity, more kids were prescribed Ritalin. Now, students who are otherwise healthy are taking the drug to help them get through finals week.

Thousands of Children Taking Psychotherapeutic Drugs End Up in ER

For many parents, their efforts to keep their children safe from harm may seem like an impossible challenge. While parents are encouraged to keep medications out of their children’s reach, cabinet locks and child-resistant caps may be no match for the curiosity of a child.

The college degree is fast becoming the new high school diploma. While you have to have it in order to apply for the majority of jobs, it’s not something that is going to set you apart from the crowd. Students are feeling the pressure to raise their GPAs and continue on with grad school as competition in the workforce gets increasingly fierce.

The National Survey on Drug Use and Health revealed that in 2009, one third of Americans aged 12 and over who abused drugs for the first time started by using prescription drugs non-medically. The prescription drug problem in the U.S. has been referred to as an epidemic, and numerous efforts are currently underway to combat the issue. A novel approach has emerged from Brigham Young University involving electronic pill dispensers, which allow access to medication only at times pre-approved by a doctor. This offers new hope in the fight against prescription drug abuse, tackling the problems of overly frequent dosing and other family members having access to the medicine with a simple dispensing mechanism.

The Truth About Adolescent Abuse of ADHD Medications

There has been much public discussion recently about the growing tide of teen prescription drug abuse. With medicine cabinets as convenient in-home pharmacies, the temptations have been too strong for curious adolescents to resist, and the abuse and dangerous misuse of prescription medications by youth is a disturbing epidemic that should concern parents everywhere. 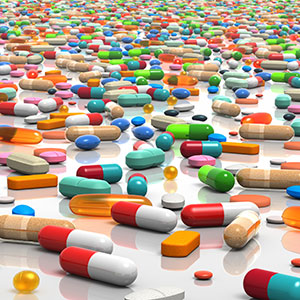 Stimulant Drugs Can Be Dangerous When Used Without a Diagnosis

Drugs specifically designed to help those with disordered cognition can be life savers for those with conditions like attention deficit and hyperactivity disorder (ADHD), but they should not be prescribed to those who do not clearly fit diagnostic parameters. These drugs can be dangerous for those who want to use them to sharpen well-functioning brains.

Campuses are Becoming Aware of Adderall

The traditional student entering college is often experiencing their first extended time away from home. They’re expected to cope with a lot of changes while performing well academically. Some students seek out ways to eliminate the stress and many of them are finding Adderall as the solution.