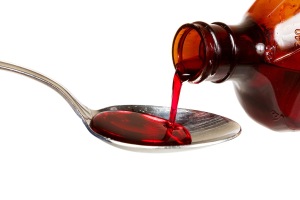 Codeine-based cough syrup is a prescription medication that contains a powerful opioid substance capable of triggering drug addiction and other serious health problems. In the 2000s, public health officials have noted a rise in the abuse of this syrup in a concoction known by nicknames such as “sizzurp” and “purple drank.” In a study published in August 2014 in the American Journal of Neuroradiology, a team of Chinese researchers assessed the impact that chronic codeine cough syrup abuse has on the structural integrity of the brain’s supporting tissues, as well as its impact on the likelihood that affected individuals will act in unusually impulsive ways. 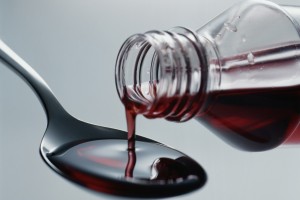 Non-prescription cough and cold medicines, also known as OTC (over-the-counter) cough and cold medicines, are a group of medications that either suppress the natural urge to cough or help expel excess mucus from the body. Some of these medicines contain dextromethorphan (DXM), a potential makeshift drug of abuse that can produce some of the effects normally associated with hallucinogenic substances. In December 2013, researchers from the University of Michigan released a report detailing the current trends in teenage misuse of non-prescription cough and cold medicines. The findings from this report indicate that the popularity of these medications as recreational substances fell slightly from 2012.

What Are Teens Using in the House to Get High?

Using common, household products to get high is nothing new, but every time a news story reports on the latest trend, it seems shocking that anyone would do it. Teens and kids are susceptible to this kind of drug abuse because the chemicals sitting around the house are easy to access. Many of these items can also be bought with no restrictions and for pocket change when compared to illegal street drugs.

Teens and the Abuse of Cough and Cold Medicines

Some teens do not have to reach farther than their family medicine cabinet to find a drug they can use to get them high. Over 100 cold medicines contain Dextromethorphan (DXM), a substance that can produce hallucinations, loss of coordination, and other ill effects when taken in large doses.

Today, more and more the medicine cabinet is becoming a smorgasbord of serious drugs. Anytime prescription medications are in the house parents need to keep a close eye on their use and quickly dispose of any unused quantities when the prescription period has ended. Most parents probably know to keep watch over pills and tablets, but even cough syrups have become a centerpiece of prescription drug addiction. Known as lean, syrup and purple drank, prescription cough syrups are now the star ingredient in opiate cocktails.

Range of Problems with Over the Counter Medicines

A recent study published in Science Daily talks about the concerns UK doctors are recognizing with over the counter medicines, especially those containing codeine. Doctors are referring to the abusers as “respectable addicts” because these individuals all recognized their problem and wanted to present themselves as being more normal than the typical illicit prescription drug user who purposely abuses the medication.